Extreme juggler Phil Blackmore juggles with Chainsaws, Knives, Bowling Balls, Samurai Swords, Fire and Jelly Babies!
The spectacular climax is his Axe Balance stunt, as seen on Britains Got Talent, and described by Simon Cowell as the scariest thing he has ever seen!
Phil has performed in cabaret internationally on cruise ships, at corporate events and around the UK at theatres, holiday centres and hotels for more than two decades.
With incredible skill, comedy and edge of your seat thrills, it is a show you will never forget! 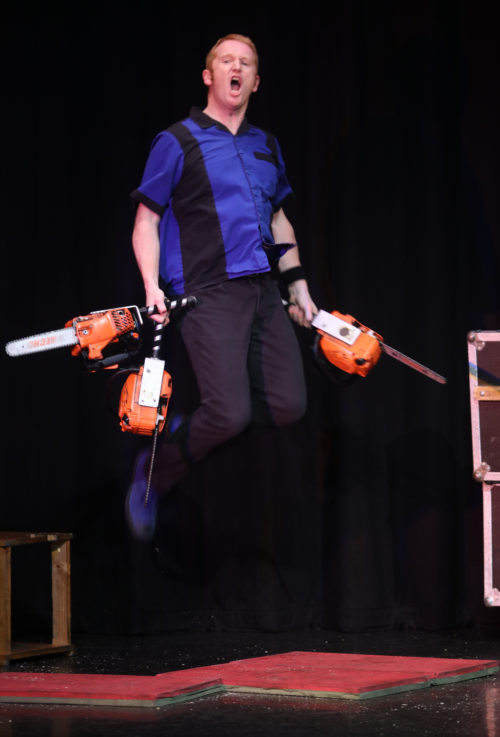 “Chainsaw juggler Phil Blackmore risks life and limb every time he steps out on stage!”The Mirror

“Solo speciality acts as entertaining as Phil Blackmore are few and far between. The personality is the most engaging factor here as Blackmore invites his audience to suffer with him all the trials and tribulations of performing stunts that, on the face of it, seem over-ambitious. Of course the end result is that he pulls off everything he attempts with sublime ease.”The Stage

“A strong performance by Phil Blackmore who juggles with danger!”The Sun

“The man of the night was Phil Blackmore. As he juggled three knives, while balancing an axe on his chin many of the audience were too scared to look and covered their eyes. There were plenty of ooh’s and aah’s as the trick was made more dangerous as he stood on a box, on top of a box separated by a round tube which rolled around. His balance and coordination was nothing short of amazing.”Mid Devon Advertiser

“If you are not on the edge of your seat when you watch this then there is something wrong with you!”Msn tv blog 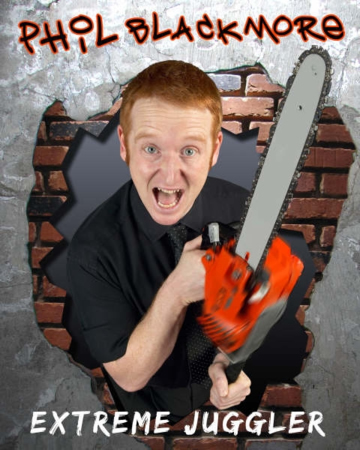 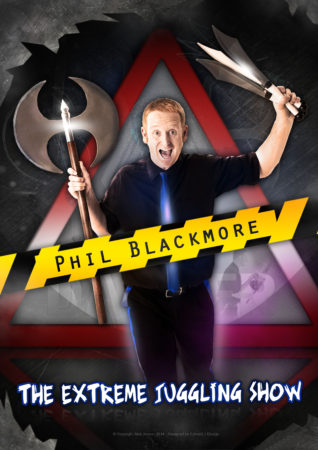